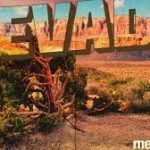 The Nevada Independent reports.….An association of marijuana testing labs is calling on the state to release unredacted data from Nevada’s seed-to-sale tracking system amid assertions that certain unidentified labs are inflating THC content readings and giving fewer samples a failing grade in an apparent attempt to attract more business.

Scientists for Consumer Safety, a group that represents four of the state’s 11 independent testing labs, is asking for the state to provide names to go along with data about lab results and punish any labs that are proferring inaccurate readings for their customers. The group says allowing false readings to stand puts consumers in danger, either by giving them a pot potency that differs from the label or allowing unacceptable levels of contaminants on dispensary shelves.

“The members of SCS call upon the State to enforce the existing regulations and revoke the licenses of any labs that have demonstrated through independent data analysis that they are endangering cannabis consumers and the public at large,” the group’s executive director, Will Adler, said in a statement, pointing to an analysis that “some labs are incapable of accurate testing or are willfully choosing to falsely report potency levels and ignore contaminants.”

The association was formed early this year to help labs share best practices and lobby for the Legislature. Adler said misstated scores are a matter of fairness to other labs in the market, and an issue of the integrity of the system, especially considering independent, state-mandated product testing is arguably the most important difference between marijuana sold in the legal market and that sold on the black market.

“These labs are violating the law, defrauding customers, and most importantly, putting the health of consumers at risk,” the statement continued.