Australian Federal Ag Confirms In Letter That ACT's Move Forward On Cannabis Will, With The Federal Govt's Best Effort, Be Reversed. 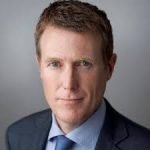 The ACT government has conceded it may have to amend new laws to protect Canberrans who possess small amounts of cannabis, after Attorney-General Christian Porter warned personal use of the drug will still be illegal in the nation’s capital.

The territory’s Legislative Assembly moved to legalise the possession, use and cultivation of marijuana last month, passing a controversial private member’s bill that allows adults to possess up to 50gm of cannabis and grow two plants. Individual households can have up to four plants.

Mr Porter, who has been scrutinising the legislation for a couple of weeks, said the ACT bill had failed to override Commonwealth law that makes it illegal to possess cannabis.

“They’re terrible laws for a variety of reasons. I’ve written to the ACT AG (Gordon Ramsay) today, simply stating what is the best advice that we’ve received about the legal situation that’s been created,” Mr Porter told the ABC’s Insiders program.

“That advice, which I wholeheartedly agree with, is that the Commonwealth law that criminalises possession of cannabis in amounts under 50gm is still valid law in the ACT.

“The ACT laws removed the criminal component at a territory level but didn’t establish anything that is a positive right to possess, which means that there’s no defence to the Commonwealth law that criminalises amounts under 50gm.

“So my advice and the advice that I’ve provided to the ACT Attorney-General is that it is still against the law of the Commonwealth to possess cannabis in the ACT.”

An ACT government spokesman said Australian Federal Police officers had for many years been able to charge individuals caught with a small amount of cannabis under Commonwealth law.

He declared Mr Porter’s “new advice” must have vastly changed from the original advice from the Commonwealth Director of Public Prosecutions to the ACT that there was a reasonable defence under Commonwealth law for Canberrans caught with a small amount of cannabis.

“If Commonwealth agencies, either under the direction of their conservative ministers or by their own volition, prioritise the prosecution of Canberrans caught with a small amount of cannabis, then that is a matter for them and for the federal Attorney-General to defend,” the spokesman said.

“While we don’t condone or encourage cannabis use, the reality is that there is a proportion of the community that continue to use the drug. If more people are going to be incarcerated under these laws, then the conservative Liberals better have a plan for how they are going build more prisons.

“It does seem from the comments made this morning by the federal Attorney-General that the Commonwealth won’t be seeking to overturn the ACT’s reform through legislation, which we welcome.”

The ACT government did not rule out amending the bill in light of the advice from Mr Porter.

Mr Porter had been considering whether the federal government should intervene to override the territory legislation but said he now realised that would not be necessary.

“If they leave their law as it is, why would there be any need to override a law which is effectively to no effect?” he said.

“At the moment, their law has not done what they think it does, which is provide some kind of defence or out for people who would be possessing cannabis in the ACT. It doesn’t do that.”

The Weekend Australian revealed earlier this month that a briefing paper prepared for Health Minister Greg Hunt reported on extensive links between cannabis use and adverse mental health problems.

The ACT law is due to take effect from January 31.

In his letter to Mr Ramsay, sent on Sunday, Mr Porter says the section of the federal Criminal Code that criminalises the possession of cannabis continues to operate without the benefit of the exemption that justifies or excuses conduct under a territory law.

He also says the defence that a person is not criminally responsible for an offence against the code if they were “under a mistaken but reasonable belief that the conduct was justified or excused by or under a law of the Commonwealth or a state or territory” would not be available to a defendant in the ACT.

“I would expect that ACT Policing will continue to enforce ACT and Commonwealth drug laws in accordance with their processes and procedures for investigating suspected breaches of criminal laws,” Mr Porter writes.