Berkeley To Allow Vaping Lounges Where Patrons Can Consume Cannabis. 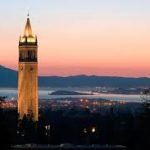 “Smoking, vaping and consuming cannabis will once again be allowed in the city’s dispensaries, the Berkeley City Council decided Tuesday.

The council voted unanimously to permit cannabis lounges in storefront retailers (previously referred to as dispensaries) after dozens of people spoke in favor of a practice that was once legal but became prohibited after Berkeley enacted stronger smoking laws.

Councilmembers talked about how cannabis lounges would allow people who are banned from smoking in their apartments or workplaces to have a spot where they could consume marijuana, and how the lounges would create community.

A few people opposed the change, in part because it would be exposing workers to secondhand smoke.

Consumption won’t start immediately, however. The council asked staff to return with rules on what kind of ventilation systems must be installed to clear the lounges of harmful smoke and product. A use permit will also be required before lounges open — a process that can take up to a year.”

The council will also have to vote to change the city’s smoking laws before allowing the vape lounges to operate.

The approval of on-site vaping was one of a number of votes the council took to update Berkeley’s municipal laws. City staff has been working on updating and enhancing cannabis regulations since the summer of 2017, and the council has voted twice since then to update various regulations. The council still has to vote about how to choose a seventh, equity dispensary, meaning licenses will be given to those who have been disproportionally impacted by the war on drugs.

The new rules, adopted Jan. 28, include:

The City Council declined to expand the area in which commercial cannabis-grow businesses can operate. Voters agreed in 2010 to allow these kinds of businesses in Berkeley’s “M” or manufacturing zone. Nobody has applied for a permit yet, leading some cannabis activists to push to allow those businesses in the “MULI” or “MM” districts.

The council also put off banning the sale of artificially flavored cannabis and cannabis-infused drinks at storefront retailers. Council also asked city staff to more fully explore the issue and return with a more fleshed-out definition.