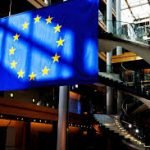 IP Watchdog reports…”Recent case law demonstrates that judicial bodies in the European Union and Russia have taken the stance that cannabis signs and slogans are not acceptable as trademarks as they are contrary to public interest.”

The report goes on to say

The Court assessed all presented evidence comprehensively and drew the following conclusions:

The applicant submitted for registration for goods and services in classes 30, 32 and 43. In the applicant’s view, the arguments for registration were grounded in the idea that nothing in the proposed sign hinted at a narcotic substance. Moreover, a mood-altering substance is produced primarily from the flowers of cannabis, not the leaves.

The Court rejected these arguments. First of all, the three words comprising the word sign CANNABIS STORE AMSTERDAM, interpreted both individually and combined, could be deemed as an obstacle to registration.

The first word, “cannabis”, and the graphic representation of marijuana leaves clearly led to the conclusion that the average person with a high degree of probability would perceive this designation as an offer of marijuana (drug) products.

The Court stated that, for the conventional consumer, the fact that a narcotic substance is produced primarily from flowers but not the leaves is not significant because mass media coverage had resulted in the impression that marijuana leaves represent a narcotic substance.

The second word, “store”, for obvious reasons would be associated with a shop, or a place where the average consumer can purchase everyday products for their needs without restrictions. This would imply that products with cannabis might be presented in any store for consumers to purchase without restrictions on age, health, etc.

The third word, “Amsterdam”, the applicant alleged was chosen because of the style and atmosphere of this city. The applicant denied any intention to allude to the overly tolerant attitude of Amsterdam with respect to drugs and products which include cannabis. However, the Court said that one of the hallmarks of Amsterdam is its nonjudgmental and open-minded approach to drugs, and the applicant had to have known this fact.

Overall, the Court found that the first and the second words together unambiguously meant “the shop where you can buy drugs,” and the third word just strengthened and reinforced this meaning. Thus, the Court held the sign unregistrable.

This finding also has a statutory basis within the meaning of article 83 of the TFEU (the Treaty on the Functioning of the European Union), where illicit drug trafficking is named as a serious crime with global reach.