How Germany Gets Its Cannabis.

The German cannabis cultivation bid may be mostly done and dusted (although the last four lots are now up for legal challenge) but the drama is only intensifying on the ground in Germany. Namely, where is the cannabis being consumed on the ground now actually coming from?

As is usually the case in the cannabis industry, when it comes to such things, there were also multiple and highly creative explanations about this strange state of affairs that sounded oddly exotic enough to be plausible. This is after all, the international cannabis business.

These explanations also usually referenced conventional industry “lore” including such tall tales as these two countries were not signatories to an international drug treaty (not true), to being European (nope) or even a member of the EU (also completely false).

Yet there was always something strange with such urban legends – perpetuated by insiders across the German industry. Starting with a deliberate vagueness about details. Especially as in the summer of 2017 when Tilray announced grow facilities in Portugal, and by the end of it, Canopy was moving into Spain, and later by early 2018 Denmark and more. Italybegan to appear on the radar of multiple big Canadian companies. Clearly all these big companies seemed to know something that those outside did not. See Greece. Not to mention the teeth-gnashing of the Israelis– repeatedly shut out of the German market by not being allowed to export by their own government until Christmas Day, 2018.

The mystery deepened in March in fact, as a furore rocked the German-based cannabis industry over the last weeks. Farmako, a new, Frankfurt-based distributor, not only announced that it was importing 50 tonnes of cannabis into the country– and from Poland (where production of such bulk has not even been seeded) – but then gave additional details on a Bloomberg appearance that appeared to indicate that in fact the medical cannabis they were already selling (sourced from other places) had come from Macedonia.

Certification, and most certainly paperwork are the name of the gameIn fact, no such transfer of cannabis had occurred from the Macedonian side (yet), although the firm in question at the other end of the deal was subjected to considerable harassment in the German canna-specialty press in the meantime.

The news, that occurred right at a time when Tilray is clearly training pharmacists for the German market, the first bid is concluding, Greece issues even more cultivation licenses, Canadian companies are clearing still stepping up their production game, and South Africa is also getting into the formal licensing act, with all sorts of interesting things afoot in Uruguay, also set off what appears to be an official investigation of the firms involved at the governmental level.

Insiders are tight lipped and nobody is willing to talk on record. However, the distribution firm, Farmako, has subsequently reported that in the month of March, they became the top selling cannabis specialty distributor in Germany. And since they are not out of business, it is also clear that while their PR may have been a little premature if not easily misunderstood, the broader message is very obvious.

What is also very clear at this point, in other words, is that the German door for cannabis and the international industry appears to be opening to product sourced from many places. Further by extension, the German government is in the process of recognizing foreign GMP certification processes from multiple countries all over the world as being equal to its own – at least on the cannabis front.

In fact, this has been going on relatively quietly for the past six months or so.

What Are The Standards, Certifications, and Qualifications?

A press release from January of this year, issued from an Australian firm called MCA, announced they had accepted the first letter of intent to ship to a German firm (in 2020). The company is currently accepting pre-orders as it finishes construction and achieves EU GMP certification. The same (female founded) firm was also present at the ICBC in Berlin this year in March, reporting that German demand from a universe of local distributors was already greater than they could fill. The news that their first sale went to German firm Lexamed, the controversial German wheelchair distributor who helped bring down the first German bid, was also largely unremarked upon at the time by most of the industry press and in fact, ever since. 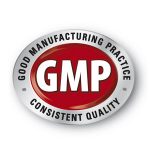 In truth, it appears that the countries and companies that have the right to import to Germany must first have their own national GMP certification recognized as being equal to German standards – or a so-called Mutual Recognition Agreement (or MRA) must exist between the importer and exporter nations. It still means that to be really EU-GMP compliant, inspectors have to walk your cultivation floors. But first your country has to have the MRA. And that is a matter for lawyers and regulators to decide.

In the Australian case, the GMP equivalence for cannabis production apparently became reality within the last six months although no one is giving exact dates. In the case of Macedonia, this is pending, with German inspectors now apparently scheduled to begin inspecting domestic cultivation facilities within the next month to six weeks.

The biggest news, of course, which makes even more sense on the heels of Canopy’s latest “record breaking” U.S. acquisition, is that the EU and the U.S. will enter into an MRA in July that was finally agreed to in February of this year. This will also mean that cannabis “medicines” potentially even beyond CBD, produced via U.S. GMP processes, will be allowed to enter Europe if not Germany in the near future – and from the U.S. for the first time. Ahead of federal legalization in the U.S.

It also means that Israeli and American firms will be allowed to enter the European and thus German market for the first time (on the ground with product) by at latest, the third quarter of this year.

What the events of the last several weeks make clear is that the bid is not only insufficient for demand, but the authorities are officially, if quietly recognizing the same. There are already rumours about the next cultivation tenders in Germany, and there is a high likelihood that other countries (see Poland in particular) may also follow suit shortly.

Further, the difficulties in making sure that not only countries but the companies based in the same remain compliant with EU and further German sanctified EU- GMP processes (for one) is likely to be an issue that continues to bubble. Why? It is a problem already in the broader pharmaceutical market here.

The Plusses and Minuses of The News

The first thing that is also obvious is that even Wayland cannot source the entire German market with the product it has begun to grow here no matter who ends up with the last four cultivation licenses this time around. Further, that the other winning bid firms (Aphria and Aurora as known at this point) without cultivation on the ground, are sourcing from somewhere that is also probably at this point, not even Canada. No matter how much expansion is going on in Canada, in other words, what is now entering the German market may bear a Canadian brand but could just have easily been sourced from almost anywhere in the world.

That also means that enterprising firms (see Australian MCA) can skip the Canadian introduction to the German market and sell directly to local producers before they even have crops on the ground, as well as the burgeoning German cannabis distributors across the country.

For such firms now wanting to enter the market, however, it is not all clear sailing. The events of the last few weeks clearly show that the government is watching, including reading English language industry press, and willing to pursue any firms it deems are breaking the rules on both sides of national borders.

Certification, and most certainly paperwork are the name of the game, as well as greater accuracy in company intentions (even if in the near term).

Disclaimer: Nysk, the Macedonian firm referred to in this story, is a sponsor of the MedPayRx pilot to market program

The post How Germany Gets Its Cannabis appeared first on Cannabis Industry Journal.