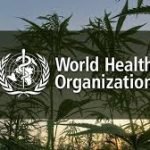 Quietly hidden away amongst the non-stop USA Corporate cannabis dramas this past week is this article by Marijuana Moment who have done the diggeing and come across what looks like an US Govt response to WHO (World Health Organisation) forthcoming recommendations on cannabis and they appear somewhat perturbed by the prospect of de-scheduling.

MM write by way of introduction

The federal government is apparently nervous that an upcoming vote to potentially loosen international restrictions on marijuana could bolster efforts to legalize the plant.

In what appears to be a government document that was obtained by Marijuana Moment, the U.S. discusses a series of cannabis policy recommendations that the United Nations’s (UN) World Health Organization (WHO) released last year. Those proposals include removing marijuana from a list of controlled substances under an international treaty and rescheduling various cannabinoids.

A vote on WHO’s reclassification recommendations was initially expected to be taken up last year by the UN’s Commission on Narcotic Drugs, where the body’s 53 member nations would decide whether to move forward with them. It was delayed to give members more time to consider the proposals, however, and the vote may now occur as early as next month.

While the document acknowledges that deleting cannabis from the Schedule IV of the 1961 Convention could be a “benefit to the advancement of collective knowledge of both the therapeutic utility as well as any associated harms” by promoting research, it expresses concern about unintended consequences such as giving people the impression that legalization will follow.

“It is possible that civil society, the media, and the general public will view deleting cannabis from Schedule IV as a first step toward widespread legalization of marijuana use, especially without proper messaging,” the document states.

(Schedule IV under the 1961 international treaty is the most strictly controlled category, whereas under U.S. federal law, cannabis falls under Schedule I, the country’s most restrictive category.)

The document goes on to say that the WHO’s proposed scheduling change might give people the impression that the Schedule IV classification poses “inherent barriers to research” and that the international framework is “incompatible with such scientific research.”

In other words, despite recognizing the potential benefits that WHO laid out in its rescheduling recommendation, the U.S. seems to remain concerned about the optics.

Michael Krawitz, a U.S. Air Force veteran and legalization advocate who has spent years working to reform international drug treaties, told Marijuana Moment that the government’s argument about risks to public perception is frustrating given that nothing that WHO is recommending would allow member nations to legalize cannabis.

Read full article and see docs sourced by MM at